«Some of the best 2 mins you can spend today», «Wow! This is good» and «Amazing HD video of an EV rally in Norway!». It´s #throwbackthursday!

elbil.no
The quotes are just a few people´s opinions in social media after watching our now world famous video from Geiranger. So if you haven’t watched it already, we strongly recommend you do. The video was recorded during our EV festival just a month ago, and since we published on Facebook and YouTube it has been viewed more than 25,000 times. Our film shows breathtaking nature in a delightful combination with most EV models available on the Norwegian market, past and present, spanning from TH!NK and Buddy to Tesla Model S. Well, of course we also have to mention Nissan LEAF, Kia Soul, BMW i3, Nissan e-NV200, Renault Twizy, Mercedes-Benz B-Klasse ED, Mitsubishi i-MiEv, Renault Zoe, Volkswagen e-Golf, Citroën C-Zero and Tesla Roadster. They were all there.

Rune Hole, on behalf of Norsk elbilforening, both arranged the event in Geiranger and made the film in cooperation with drone photographer Morten Henden Aamot and Arctic Coating AS. The latter usually delivers one of Norsk elbilforenings many member offers. But the guys involved are playing far more strings than detailing. 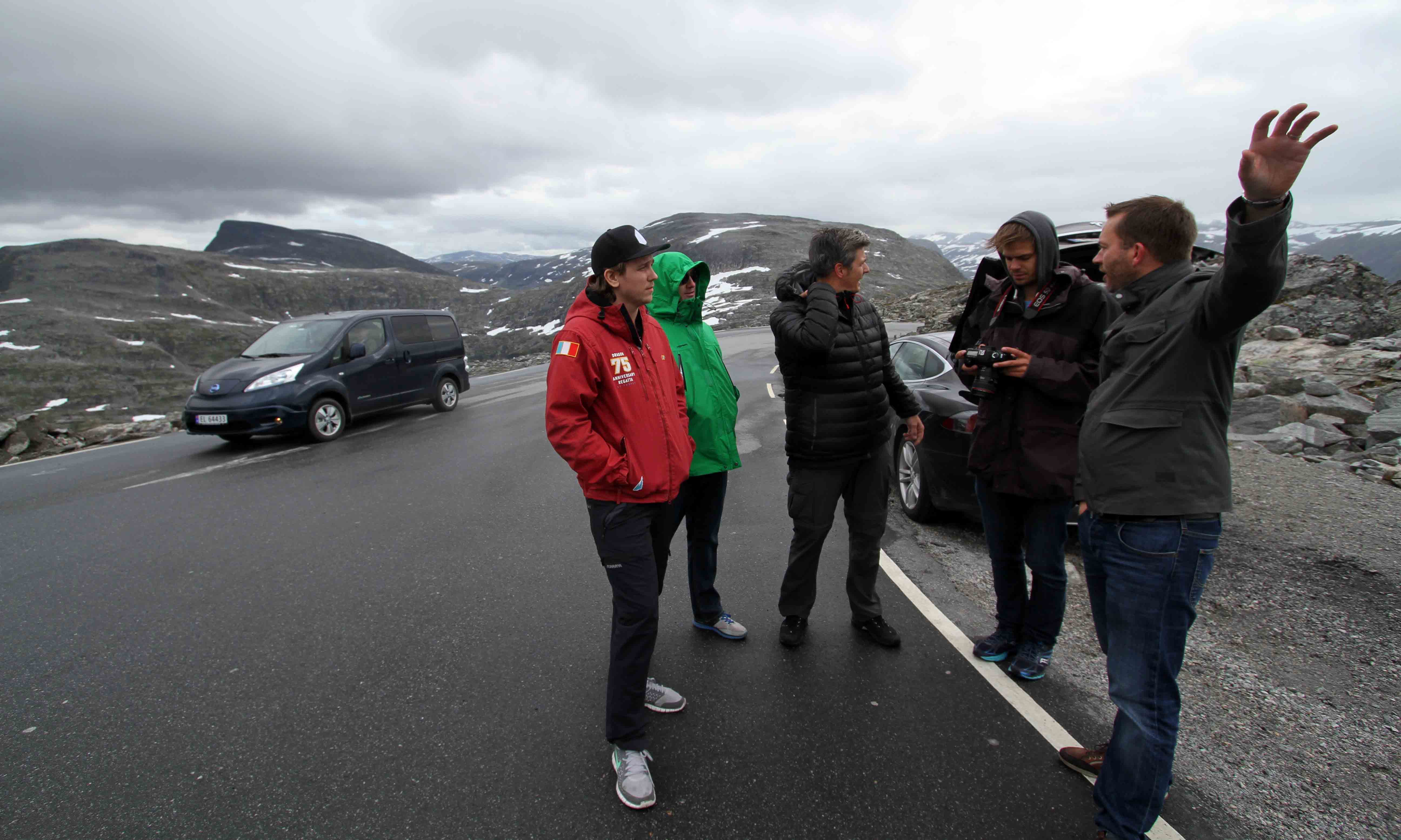 Sigurd Jøsevold Dons edited the movie in-between surgeries as he injured his hand right before the event. Iver Svardal was in charge of planning, organizing the film crew and co-producing with cinematographer Kristoffer Grindheim. Editor of elbil.no, Ståle Frydenlund, made sure text and voiceover was added to the final product.

Ole-Arthur Hegrenes, of Førde, Sogn og Fjordane, told us on our Facebook page that he was delighted to see their electric family car, a Volkswagen e-Golf featured in the film. Hegrenes and wife Evi took on the challenge, along with more than 50 other EV owners, also facing a bit of range anxiety on their way to the event. 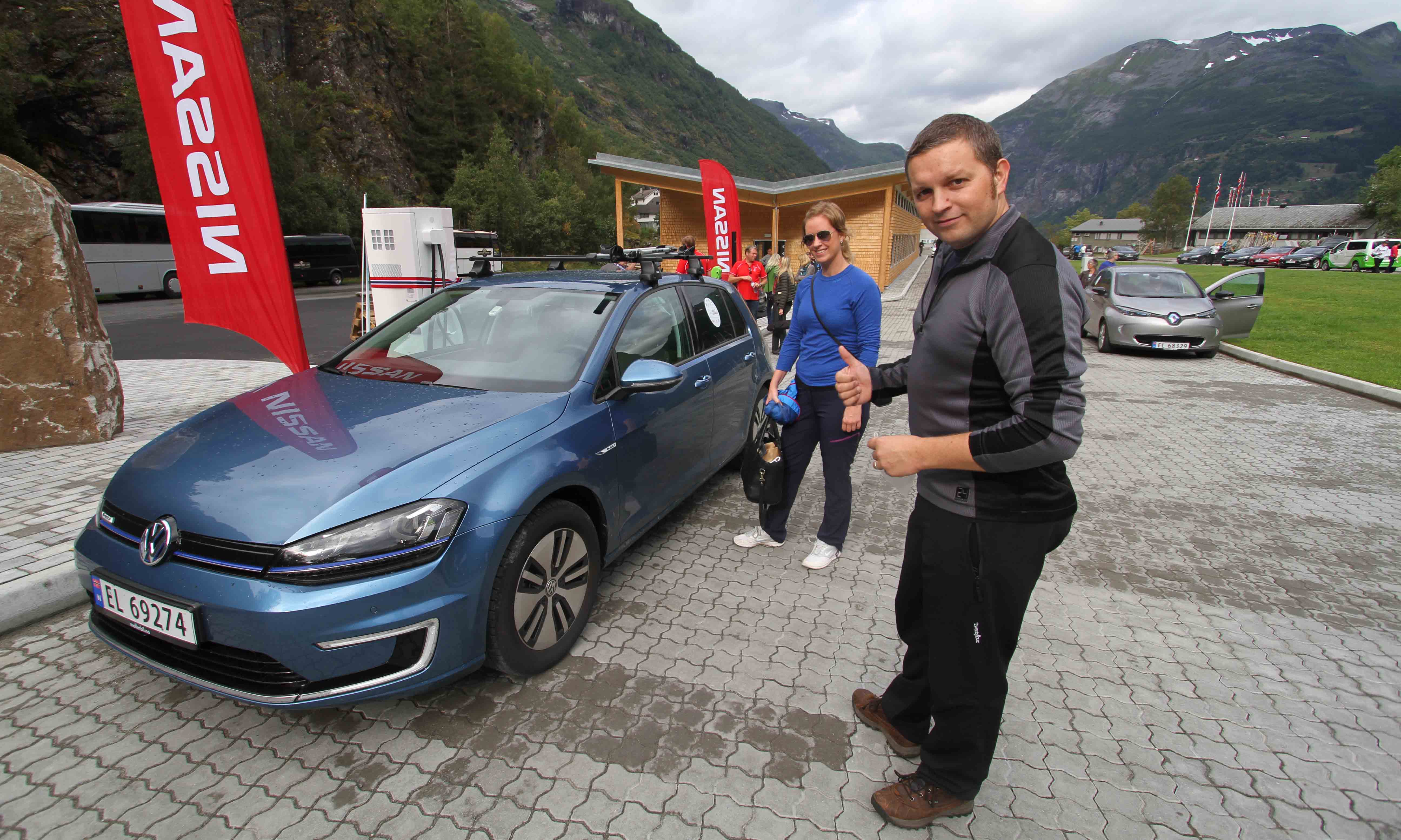 After running almost empty at mountain pass Strynefjellet, just before the slopes down to Geiranger, it was smooth sailing. They also got to test the new fast charger first (picture). We were also delighted to welcome Dutchman Harm Otten  to Geiranger. The Renault Zoe owner is of course also featured in the movie. A lot of pictures from the event were also posted on Instagram. Search the tag #erallygeiranger. For even more extensive footage, check out our Flickr account.