This is the world´s biggest charging garage

– Until we learn the opposite, we call this the world’s largest public charging garage with Type 2 chargers only. We are after all the world’s electric car capital, says Environmental and Transport councilor of Oslo, Guri Melby (pictured below).

In «the catacombs» underneath the fortress, dating back to 1290, there used to be an ordinary parking garage.

Not any more. Instead you´ll find what we believe is the world´s biggest charging garage for battery electric vehicles (BEV) and plug-in hybrid vehicles (PHEV). The facility will be open from 06 to 24 daily with charging time limited to 10 hours.

– We removed regular cars, and reduced the number of parking spaces. Only chargeable vehicles are allowed. This is a move to reduce car traffic in the capital and at the same time make sure as many cars as possible are electric vehicles (EV). 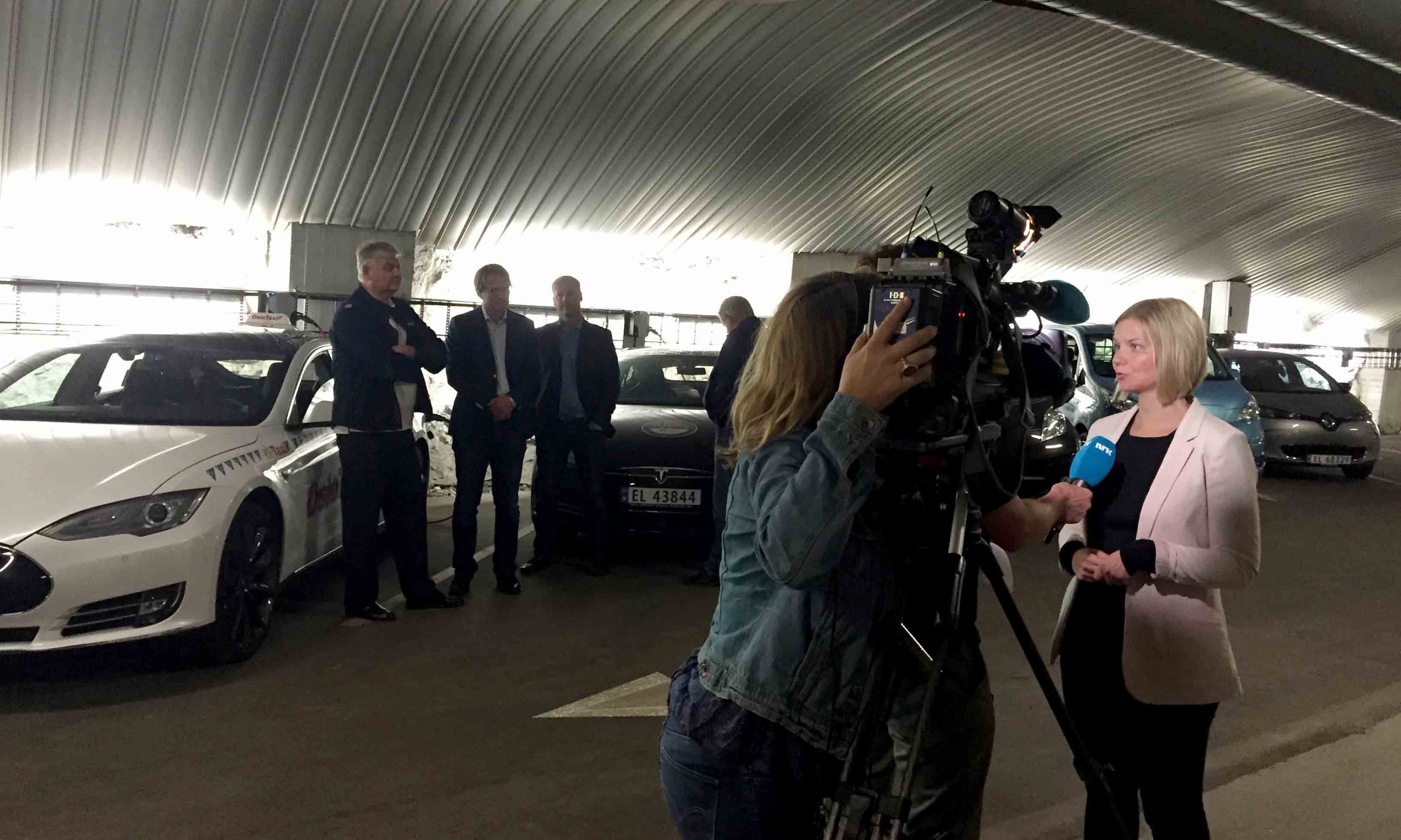 – We´re going to have cars in Oslo in the foreseeable future. Then it´s important they are emission free. That´s why we support EVs, says Melby (pictured).

She underlines the benefits of the charging garage saving street space. That means the space can rather be used for better facilitating for public transport and biking.

Details: A tour of the facility

Site responsible Fisnik Dauti (pictured below), of electrical company Sønnico AS which has installed the charging equipment, takes us on a tour of the facility.

– We have a main switch for a total power of 600 A to the 86 charging points. The garage has been split into nine different sectors, each with 80 A. This means 33 kW for each sector. When this is divided by ten EVs, you get between 2,7 and 3,3 kW (12-16A) for each charging spot. That´s a suitable amount of power for charging during the day, says Dauti, adding that the supply voltage is 230V (IT). 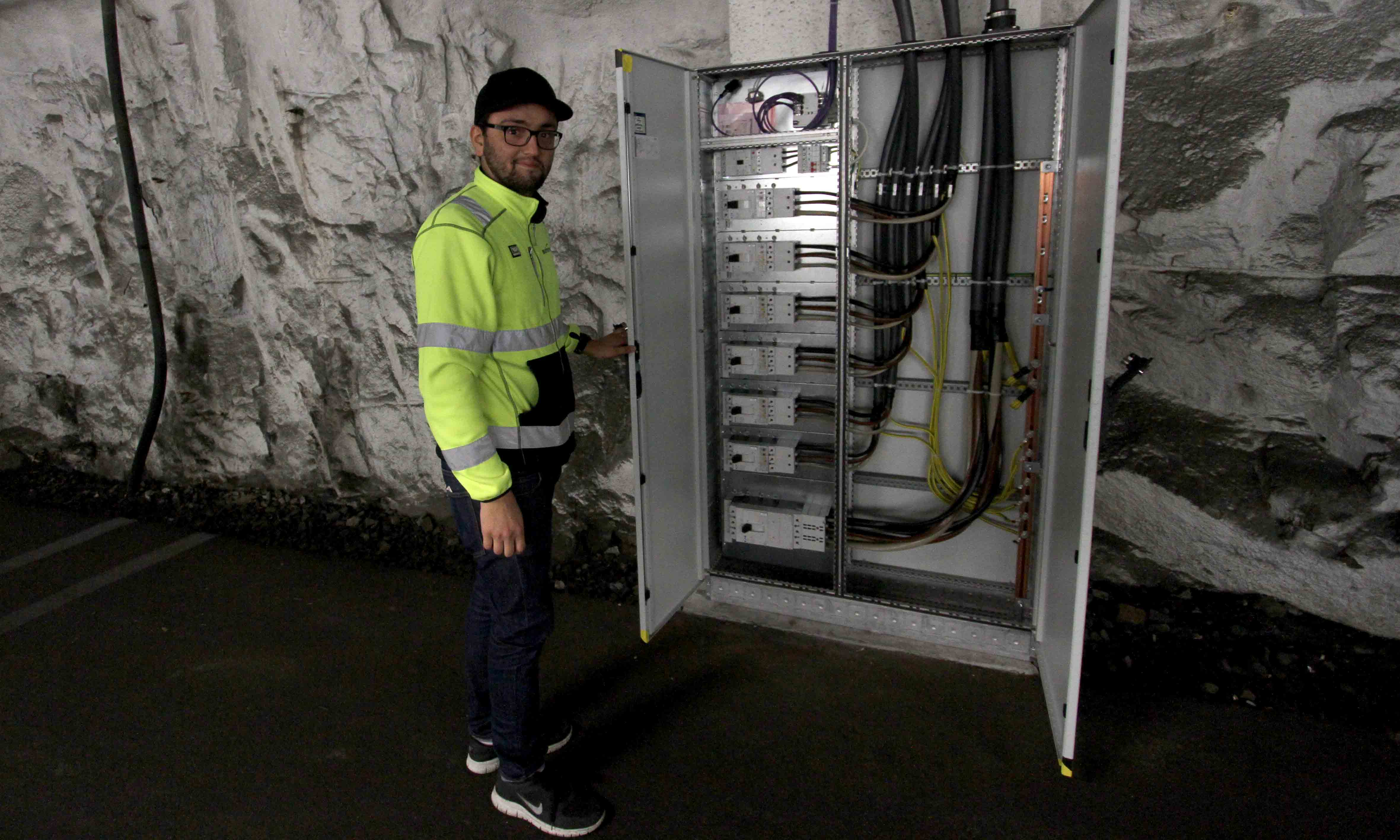 The implementing of the charging garage underneath Akershus fortress means that the area will get even more convenient for EV drivers in the capital. In nearby Kongens gate (King´s Street) there are 48 charging spots, and another six in Revierstredet.

Entry to and exit from the garage will be done through the same tunnel leading to nearby Myntgata. As there´s only enough room for one driving direction, traffic lights have been installed.  Access to the charging garage is given via app authorization (the app is called EL Oslo kommune).

The app is available both with iOS and Android, and may initially be used for the charging garage underneath the fortress and a similar garage in Oslo called Vulkan (with 92 charging spots). EV responsible of Oslo municipality, Sture Portvik, says the app of course can be used to check availability in advance.

– That means you don´t have to drive into the garage to see if there are vacant charging points, says Portvik.

He also underlines the fact that installing charging points in a garage is far less expensive than on street level. 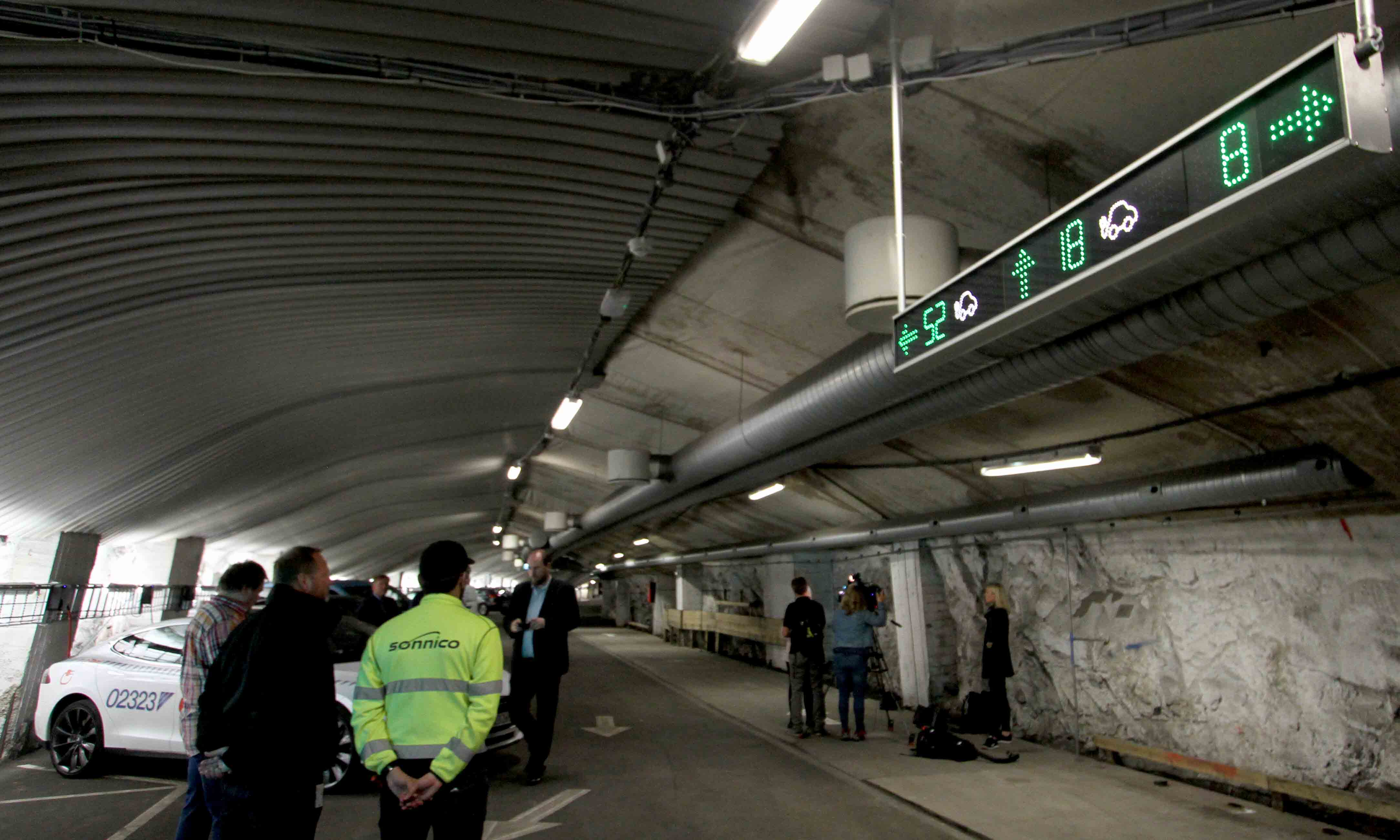 – That´s part of the reason why we now build bigger charging facilities than before. Outdoors excavating and new infrastructure drive prices up. The average price for an outdoor charging point is 60.000 NOK. In the garage we have managed to lower the price to 47.000 NOK, says Portvik.

Even more impressive: The lower price level includes fire safety and CCTV surveillance. In time for the grand opening in December the facility will get a sprinkler system.

– We are concerned by security. The cameras that are mounted all over are not a «big brother» thing, but simply to create an atmosphere of safety, says Portvik. 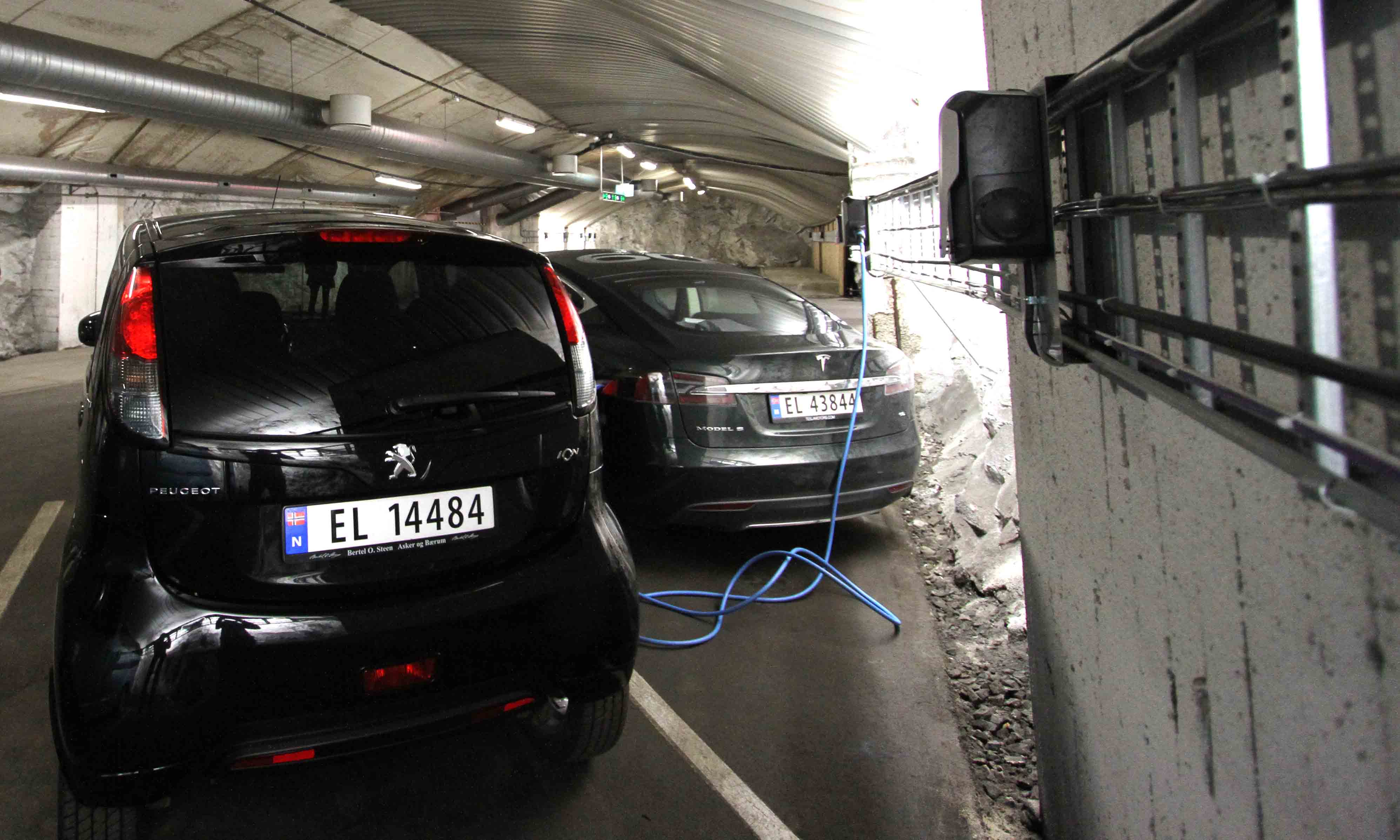