Norway is leading the way for a transition to zero emission in transport. 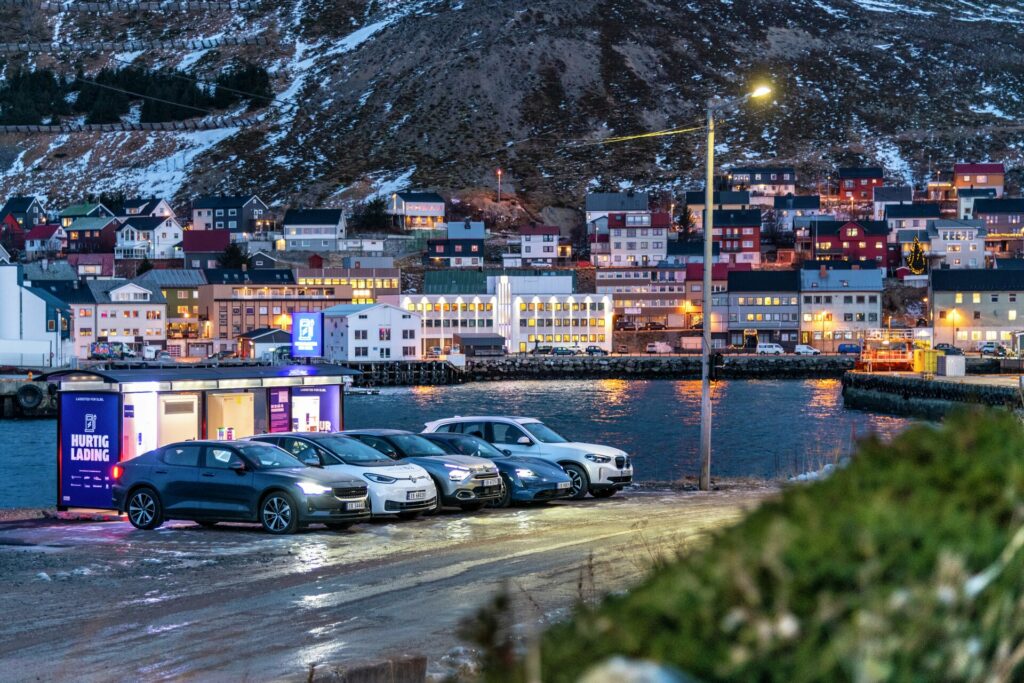 The Norwegian success story is first and foremost due to a substantial package of incentives developed to promote zero-emission vehicles into the market. The incentives have been gradually introduced by different governments and broad coalitions of parties since the early 1990s to speed up the transition.

The Norwegian Parliament has decided on a national goal that all new cars sold by 2025 should be zero-emission (electric or hydrogen). By February 2022, there were more than 470.000 registered battery electric cars (BEVs) in Norway. Battery electric vehicles held a 64 % market share in 2021. The speed of the transition is closely related to policy instruments and a wide range of incentives.

The current Government has decided to keep the incentives for zero-emission cars until the end of 2022. After 2022 the incentives will be revised and adjusted parallel with the market development.

Since 2017 it has been up to the local governments to decide the incentives regarding access to bus lanes and free municipal parking. The Parliament has agreed on implementing a 50 % rule, which means that counties and municipalities can not charge more than 50 % of the price for fossil fuel cars on ferries, public parking and toll roads. The 50 % rule is already in function on county ferries and state ferries, and is also implemented on toll roads. Within the rule there are local differences. A rule of maximum 50 % parking fee at public parking for zero-emission cars is not yet implemented.

Between 2017 and 2021 legislation establishing «charging right» for people living in apartment building was introduced.

Even if EV owners are charging at home and manage without fast charging daily, they think it is essential to have the option to fast charge when needed.

For longer distance trips, a well-organized charging network has to be in place. There has successfully been established fast charging stations on all main roads in Norway. As of February 2022, we have more than 470.000 EV’s and 4.600 cars that can fast-charge at the same time.

Consumers are willing to pay a higher price for the service of fast charging. On average three times more than they pay for electricity at home.

The Norwegian Parliament has decided on a goal that all new cars sold by 2025 should be zero (battery electric or hydrogen) emission vehicles. This is a very ambitious but feasible goal with the right policy measures. The Parliament will reach this goal with a strengthened green tax system, not a ban.

The purchase tax for all new cars is calculated by a combination of weight, CO2 and NOx emissions. The tax is progressive, making big cars with high emissions very expensive. For the last years, the purchase tax has been adjusted gradually to have more emphasis on emissions and less on weight.

The following example compares an EV model with a similar petrol model to illustrate how the Norwegian tax system makes EVs competitive in the market.

The progressive tax system makes most EV models cheaper to buy compared to a similar petrol model, even if the import price for EVs are much higher. This is the main reason why the Norwegian EV market is so successful compared to any other country.