HjemNyheterDrive Oregon: The next several years will be key

Drive Oregon: The next several years will be key

Drive Oregon will bring electric cars to communities and provide reasons to test drive them. The age of EVs is just starting.

elbil.no
This is a GUEST COMMENTARY written by Zach Henkin, Program Director in Drive Oregon. Zach Henkin (pictured below) will also speak at the Nordic EV Summit 2017 in Drammen, Norway. Choice, visibility, and education for the viability of electric vehicles will be mainstays of how 2017 purchasing will continue the transition away from fossil fuel automobiles in the Pacific Northwest. There are more options for plug-in vehicles now more than ever and new longer range battery-electric cars like the Chevrolet Bolt have created a buzz that is leading to drivers who had been waiting to test out a car with a plug. For those of us who have been driving an electric or hybrid car for years, new car models are providing easy justification to move on to using the latest efficient technology and feature-set. And despite all of this, the age of EVs is just starting. Test drive electric cars 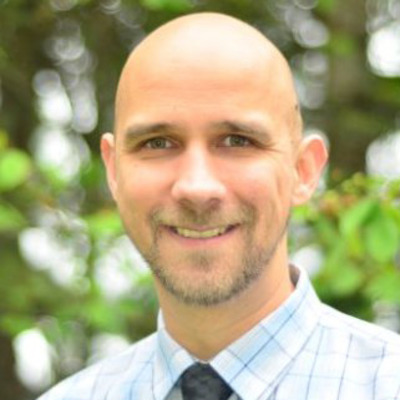 Education for the viability of electric vehicles is finally mainstreaming and many key stakeholders are making large investments to increase customers and attract new drivers to plug-in cars. Drive Oregon 2017 plans include opening a physical «Pacific Northwest Electric Vehicle Showcase» in downtown Portland Oregon where a variety of EV models and charging equipment can be tried with friendly staff on-site to serve as a resource. Our team will be bringing electric cars to communities and provide reasons to test drive them. Electric cars are more fun, more efficient, and better for the environment. Getting you into one and smiling is the first step to converting to electric drive. And Drive Oregon’s efforts aren’t unique. Several other NPOs, NGOs, and energy provider partners have innovative education plans that will start to enter the consumer sphere soon. Investing millions in public charging But what about the charging? The two largest energy providers in Oregon, Portland General Electric and Pacific Power have recently made public their plans to invest millions in public charging. These chargers will fill some of the highest need areas of the state complementing existing charging corridors, incentivizing workplace charging, and providing EVSE to low income communities where used off-lease cars are ripe to proliferate. California and Washington state each have plans or their own for public investment and the gaps in charging and reasons to now own an EV due to concerns of range are shrinking and fast.

Volkswagen diesel mitigation settlement We can expect that the Volkswagen diesel mitigation settlement (scroll down to «Zero Emission Vehicle (ZEV) Investment») will also provide a boost for  electric vehicles deployment. While full details of the investment spending are still scarce, these monies will strike a blow against dirty diesel and have a positive effect on transportation electrification. Nearly $200 million has been earmarked to Oregon and Washington as part of the settlement and the $2 Billion as part of the EPA settlement is certain to bring additional investment to the Pacific Northwest. This stimulus may just be the tipping point where early majority numbers start can become realizable. Despite the successes of Portland and Seattle efforts to move transportation away from fossil fuels, there is still reluctance to electrify in many other parts of Oregon and Washington. The next several years will be key to see how efforts to integrate e-mobility is received and if new vehicles options has an impact on the perceived bias for plug in cars. Read also